Protests in Nigeria against a police unit accused of human rights abuses were expected to spread to London this weekend, in a further sign of the international solidarity that has formed around the movement.

As social media posts and local TV coverage showed people take to the streets again in several towns and cities in the West African country, there were also reports on Sunday that a march was on its way from Marble Arch in the English capital to the Nigerian High Commission.

It’s part of a now global campaign against a branch of Nigeria’s police called the Special Anti Robbery Squad (SARS), which has even drawn the backing of the likes of Twitter founder Jack Dorsey, Star Wars actor John Boyega, US rapper Kanye West, and footballers Mesut Ozil and Marcus Rashford.

So, what is SARS?

SARS was set up in 1984 to tackle a growing problem of people stealing from each other using force in Nigeria.

Supporters say it initially succeeded, but critics say it has been linked to the deaths of people it has investigated.

Since the 1990s, rights groups like Amnesty International have documented a series of allegations involving the unit, which campaigners say have worsened in recent years.

In June, Amnesty released a report that documented at least 82 cases of torture, ill treatment and extra-judicial execution by SARS between January 2017 and May 2020. 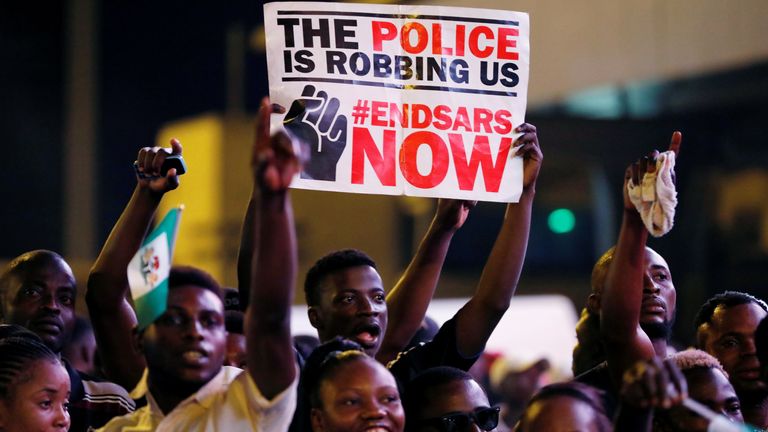 What are the allegations?

One of SARS’ alleged victims told Amnesty he was arrested in 2017 after being accused of stealing a laptop, but was then held for 40 days and tortured before he was brought before a court.

The 23-year-old, Miracle, said: “They started using all manner of items to beat me, including machetes, sticks, inflicting me with all kinds of injuries. One of the officers used an exhaust pipe to hit me on my teeth, breaking my teeth. I was left on that hanger for more than three hours.”

Another, 24-year-old Sunday Bang, was allegedly held in detention in 2018 for five weeks, where he suffered bone fractures and other injuries due to torture and other ill treatment after being accused of robbery.

Many other Nigerians have been killed, according to human rights groups. 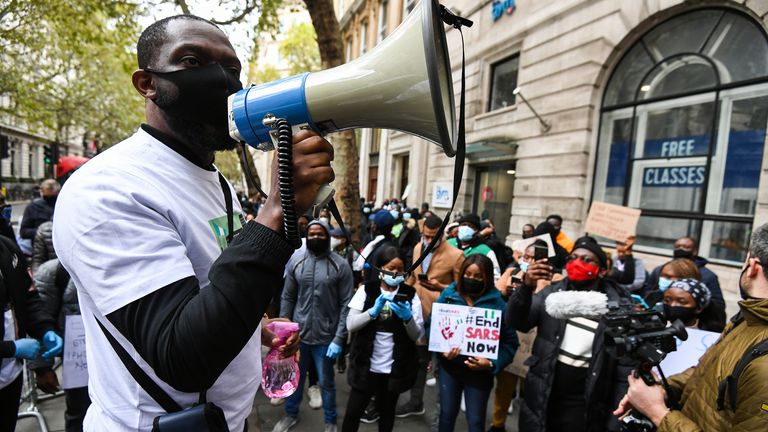 Ongoing concern about SARS’ activities led in 2017 to a Twitter campaign with the hashtag #EndSARS, which was successful in getting Nigeria’s police chief to order an immediate re-organisation of the anti-robbery unit.

But when a video circulated online more than a week ago showing a man being beaten, apparently by police from the SARS unit, protests began in earnest.

On Friday, in Lagos, protesters blocked the road to the international airport and the main highway into the city, and protesters in the capital, Abuja, dedicated the day to Nigerians they say had been killed by SARS.

But the protests have been met with further violence, with 10 people killed and hundreds injured, according to Amnesty.

The largely peaceful protesters have been attacked by gangs armed with guns, knives, clubs, and machetes.

What else is happening?

The ongoing allegations of brutality have inspired thousands of people around the world to support those trying to improve policing in Nigeria.

The #EndSARS campaign has attracted support from Black Lives Matter activists in the US and Twitter’s Dorsey, who created an emoji of a clenched fist in the colours of the Nigerian flag to allow people to support the campaign.

Since the start of the latest phase of the #EndSARS campaign, the hashtag has been tweeted thousands of times, it has been reported.

Protests have spread to other countries already with several dozen demonstrating outside the Nigerian High Commission in London earlier in the week. 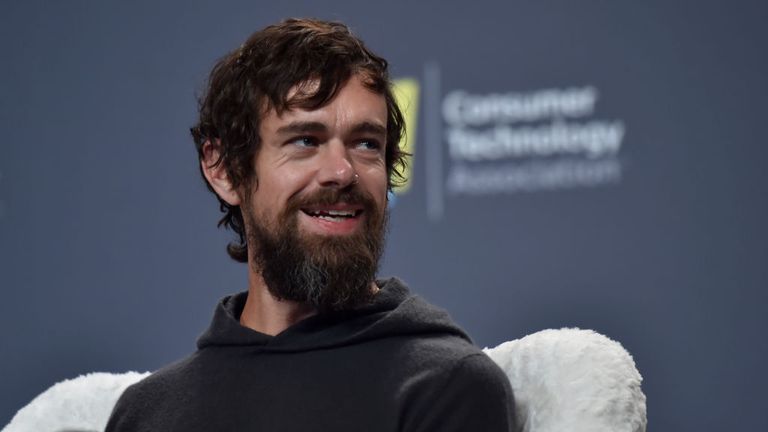 What has the Nigerian government said and done?

In response to the widespread demonstrations by young Nigerians, the government said it would disband SARS, but the protesters are continuing, saying they want an end to all police brutality.

Protesters say the people who have attacked them are backed by the police, according to reports in the local press, and have vowed to continue because of this.

Nigeria’s military has issued a warning against what it called “subversive elements and troublemakers,” saying the army would “maintain law and order, and deal with any situation decisively”.

Authorities in Abuja have called for an end to all protests in the city, saying the gatherings risk spreading COVID-19.

On Sunday, as more protests got under way, Senate president Ahmed Lawan called for an end to the protests rocking the country, local media reported.

One protester in Abuja told AP those involved in the demonstrations are ignoring any order to disperse.

“If they are sincere, they would have banned the crowded rallies politicians have been holding,” protester John Uche said.