WASHINGTON — The morning after Election Day, as votes were still being counted, diplomats from more than 20 foreign governments logged into a videoconference to hear Joe Lockhart, a veteran Democratic operative, provide what his consulting firm’s invitation described as “insider tips on how to make YOUR agenda happen in the aftermath of an election.”

Over the next few days, as Joseph R. Biden Jr. accumulated the votes necessary to become the next president, representatives from countries and companies around the world began scrambling to secure representation from well-connected Democrats like Mr. Lockhart.

Manny Ortiz, a Democratic lobbyist with ties to the party’s congressional leaders, said he received a string of inquiries from representatives for foreign governments — including Qatar, Saudi Arabia and Turkey — that had previously focused on strengthening ties to President Trump.

And Heather Podesta, a leading Democratic lobbyist, said her firm recently signed a slew of new clients from the energy, consumer goods, technology and defense industries that were preparing for the expected Biden win.

While Mr. Biden has taken steps to demonstrate his distance from lobbyists, his presidency is being welcomed in Washington’s influence industry.

Lobbyists and other advisers who help clients navigate Washington are quietly highlighting ties to Mr. Biden and his team in pitches to prospective clients, while firms and interest groups that lack such ties are scrambling to secure them. Such connections are plentiful because aides and colleagues of Mr. Biden’s have been cycling between government and the influence industry going back to his 36 years representing Delaware in the Senate and his eight years as vice president.

It is a far cry from four years ago, when Mr. Trump swept into town with few connections to established gatekeepers and lobbyists.

Instead of fulfilling his campaign promise to “drain the swamp” of special interests, Mr. Trump empowered a powerful, but relatively small, new class of lobbyists with connections to him or his inner circle. They reaped tens of millions of dollars in lobbying fees from companies, interest groups and foreign governments seeking to navigate an administration that revolved around the whims of one man, while defying established norms about policymaking and governance. 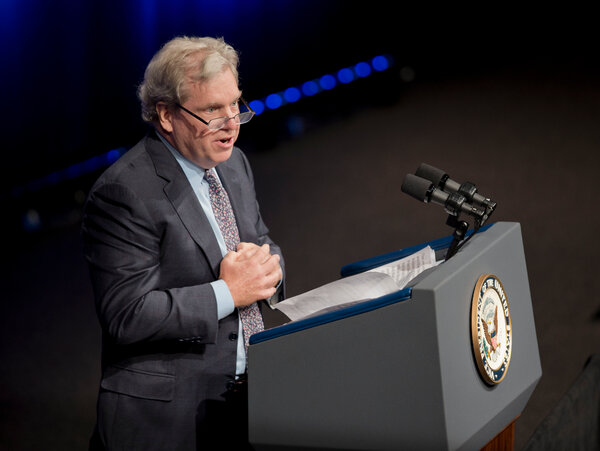 The pending change in administrations has disrupted a profitable business for K Street’s Trump whisperers, with one, David Urban, leaving a lobbying firm in September that he had built into a powerhouse, and others eying partnerships or mergers with Democratic or bipartisan firms.

In some ways, the shift is a return to normal for the influence industry, in which the most successful firms were those with deep policy expertise and connections on both sides of the aisle — a likely selling point if the Biden administration is faced with a Republican Senate.

A number of firms have been recruiting lobbyists with Biden connections.

The day before the election, the lobbying giant Brownstein Hyatt Farber Schreck announced that it had added Mark Pryor, a former Democratic senator from Arkansas, who had served alongside Mr. Biden in the Senate.

On Thursday, the Washington lobbying firm Capitol Counsel revealed it was merging with a boutique public affairs firm owned by Robert Diamond. Mr. Diamond ran Mr. Biden’s campaign in New York State and previously served in the Obama administration, which he said in a news release gave him “a deep understanding of the current climate in Washington.”

In an interview, Mr. Diamond called his Biden connection “an obvious selling point.” He added, though, that “relationships are one thing, but there is real expertise that needs to come back to Washington and tackle these problems.”

Perhaps the most abrupt shift is in foreign lobbying, as governments around the world face the need to build connections to an administration whose policies and approach to diplomacy will be very different from Mr. Trump’s.

Over the past four years, staying on Washington’s good side no longer required as much attention to building coalitions in Congress or slow but steady work with cabinet agencies.

Foreign governments believed they could offset human rights concerns or even possible sanctions, tariffs and prosecutions by buttering up Mr. Trump or hiring lobbyists who could arrange access to him or his team at the president’s club in Florida, Mar-a-Lago, the Trump International Hotel in Washington or other places disconnected from the normal diplomatic channels.

Now, countries that hired lobbyists because of their ties to Mr. Trump and his small inner circle are recalibrating.

Mr. Ortiz, a longtime Democratic lobbyist with close ties to Senator Bob Menendez, Democrat of New Jersey, the ranking member of the Senate Foreign Relations Committee, has been preparing proposals for a half-dozen nations he said have reached out to him since the election.

“It is just nuts,” he said of the surge in interest from foreign governments since the election.

Another lobbyist who works with Democrats said he had conversations in recent days with representatives from the governments of Egypt, Turkey and the United Arab Emirates — all of whom, he said, were in a panicked rush to make inroads in the Biden administration.

The lobbyist met last week in Washington with a member of the Turkish Parliament who has been described as a back-channel between President Recep Tayyip Erdogan and the United States, and who was in town to discuss a dispute between the two governments over a missile defense system.

Just last month, the parliamentarian, Ali Ihsan Arslan, had entered into an agreement with Avenue Strategies, a lobbying firm founded by former aides to Mr. Trump’s 2016 campaign, which had signed a range of domestic and foreign clients over the past few years.

Avenue Strategies had agreed to help Mr. Arslan “develop better relations with key policymakers and thinkers here in Washington,” according to a lobbying filing.

But last week, Mr. Arslan privately expressed concerns about whether his relationships in Washington would be effective in reaching Mr. Biden’s team, according to the lobbyist, who said the parliamentarian was interested in connecting with lobbyists or others with access to Mr. Biden’s team.

Similar shifts are underway across Washington.

The Egyptian government benefited from a warm relationship between President Abdel Fattah el-Sisi and Mr. Trump, who had reportedly called Mr. Sisi “my favorite dictator.” After Mr. Trump’s loss, prominent politicians and former government officials called on the government to quickly change course.

Amr Moussa, a former foreign minister, said in an interview on a popular talk show in Egypt that the government should “lobby, lobby, lobby at U.S. institutions, whether congressional, governmental, or civil society.”

A couple of days after the presidential race was called for Mr. Biden, the Egyptian government set the stage to do just that, entering into a $65,000-per-month contract with a bipartisan team from Brownstein Hyatt Farber Schreck. The team will be led by Nadeam Elshami, a Democrat who was chief of staff to Speaker Nancy Pelosi, and Ed Royce, a Republican who was a California congressman.

“I decided to lean into this a little bit in the middle of the campaign, and I didn’t know whether Biden was going to win or lose,” Mr. Lockhart said, adding it was “a happy coincidence” that Mr. Biden won and conceding the result may bolster demand for his services.

Mr. Lockhart’s firm has teamed up with Robert Stryk, a lobbyist who has taken on foreign clients from whom many lobbyists kept their distance. Mr. Stryk prospered during the Trump era, and as Mr. Biden opened a lead over Mr. Trump in pre-election polls, several Democratic operatives approached Mr. Stryk about teaming up on foreign work, he said.

Mr. Stryk worked with Rational 360 to help organize at least three teleconference briefings for Mr. Lockhart and Rational 360 with foreign officials. The briefing on the morning after the election drew representatives of 22 governments, from Austria to Uganda.

The first collaboration for Mr. Lockhart’s firm and Mr. Stryk — a representation of the government of El Salvador — began late last month. Mr. Stryk’s firm, which changed its name this year to Stryk Global Diplomacy, had been representing the country’s intelligence service under a $75,000-per-month contract that started in August. On his recommendation, the country’s presidential administration signed a $65,000-per-month contract with Rational 360 last month.

One open question is how far Mr. Biden will go to follow through on a proposal he made in October 2019 to prohibit foreign governments from hiring outside lobbyists. “If a foreign government wants to share its views with the United States or to influence its decision-making, it should do so through regular diplomatic channels,” Mr. Biden said in a statement.

He could prohibit his appointees from meeting with lobbyists hired by foreign governments. But it would require an act by Congress — which is extremely unlikely — to actually ban governments from hiring lobbying firms.

It is not just foreign governments that are shopping for new representation in Washington.

Ms. Podesta, who runs a lobbying firm with dozens of corporate clients, including Apple and Yelp, said she had seen a surge in interest in her Democratic-leaning firm, signing up new clients in recent weeks in advance of an expected Biden win.

“The real shift will come in December,” she said. “It takes a while for Fortune 500 companies to make these decisions.”

Others well positioned to profit in the Biden era include the lobbying firm owned by Jeff Ricchetti, the brother of Mr. Biden’s campaign chairman and incoming White House counselor, Steve Ricchetti, and a firm co-founded by Jeffrey Peck, who worked on the Senate Judiciary Committee under Mr. Biden and served as treasurer of the Biden Foundation.

Mr. Peck deregistered as a lobbyist early this year, but the firm that bears his name continues to do a brisk lobbying business, adding clients like the International Franchise Association in the months before the election.

The Biden administration is also expected to generate new business for firms with connections to Mr. Biden or his team that help clients get their way in Washington without formally registering to lobby — including WestExec Advisors and Albright Stonebridge Group, as well as Beacon Global Strategies. Beacon Global, which has represented Raytheon and Citi among other clients, was co-founded by Jeremy Bash, a former Obama Defense Department official who has worked closely with Mr. Biden’s newly named White House chief of staff, Ron Klain.

One of the most prominent of these firms is SKDK, which provides communications and fund-raising advice to corporate, political and foreign clients, including the Biden campaign, a super PAC started by the former New York City Mayor Michael R. Bloomberg, and an Israeli spyware firm. (SKDK has registered under lobby laws in the past, but it says that was for public affairs consulting and that it does not lobby.)

Anita Dunn, one of SKDK’s top executives, served as a senior adviser to Mr. Biden’s campaign. The firm’s website has been updated to prominently feature a photograph of Mr. Biden and Vice President-elect Kamala Harris — above announcements promoting Ms. Dunn’s return to the firm. In a statement, the firm’s chief executive, Josh Isay, praised “the role that so many people from SKDK played in the Biden-Harris victory.”